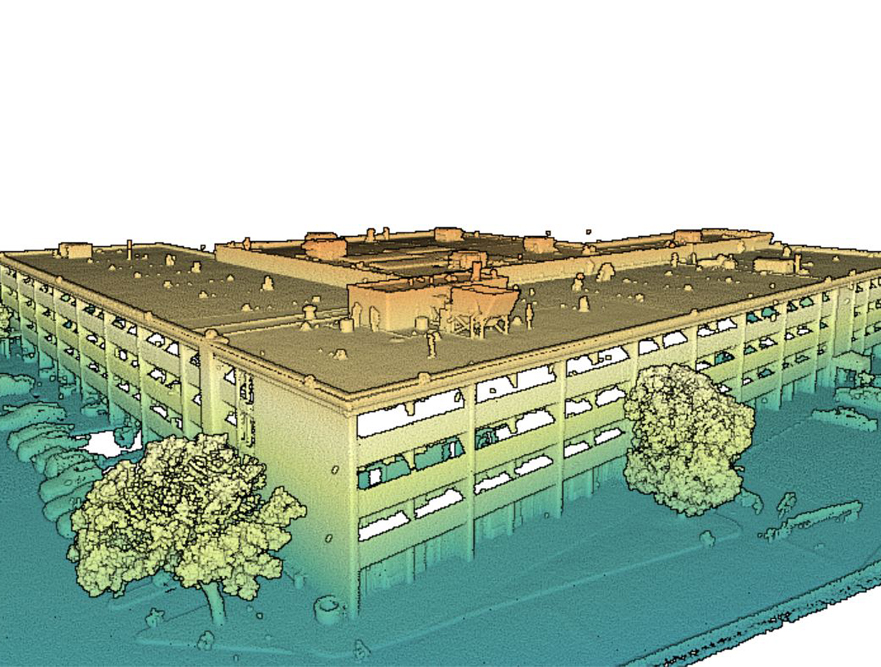 What does 3D laser scanning have to do with commercial and industrial buildings you might ask? The answer is simple, think of laser scanner as a range finder that is rotating 360 degrees about it’s Y-axis and producing millions of scan per second. Reality IMT uses time of flight laser to measure distances of objects form the scanner in 3D space. The result is a pointcloud which are dense points in 3d space that take the shape of the scanned object. Going back to commercial and industrial buildings, 3d laser scanning is used to re construct the entire building in 3D with accurate measurements. This is a huge time saver for architects who work on the field trying to generate as-built drawings of these buildings for renovation or legal purposes. In the case of an industrial facility, while you can still get an accurate as-built of the facility, you can also get accurate dimensions of equipment, pipes, pipe racks, nuts, bolts, etc. The results are typically used by an engineering maintenance group to make decisions about size of fittings or equipment they currently have and to plan replacing them. Typically speaking, pointcloud is not the deliverable to the end client. Reality IMT’s professional team process the pointcloud data, then models the elements in 3D to deliver a Revit file to the Architect or other commonly used 3D CAD file formats to other industries.

When talking about 3d as-built, once must have an idea of LOD. According to The BIM Forum, The Level of Development (LOD) Specification is a reference that enables practitioners in the AEC Industry to specify and articulate with a high level of clarity the content and reliability of Building Information Models (BIMs) at various stages in the design and construction process. The LOD Specification utilizes the basic LOD definitions developed by the AIA for the AIA G202-2013 Building Information Modeling Protocol Form, and is organized by CSI Uniformat 2010. It defines and illustrates characteristics of model elements of different building systems at different Levels of Development. This clear articulation allows model authors to define what their models can be relied on for, and allows downstream users to clearly understand the usability and the limitations of models they are receiving. The intent of this Specification is to help explain the LOD framework and standardize its use so that it becomes more useful as a communication tool. It does not prescribe what Levels of Development are to be reached at what point in a project but leaves the specification of the model progression to the user of this document.