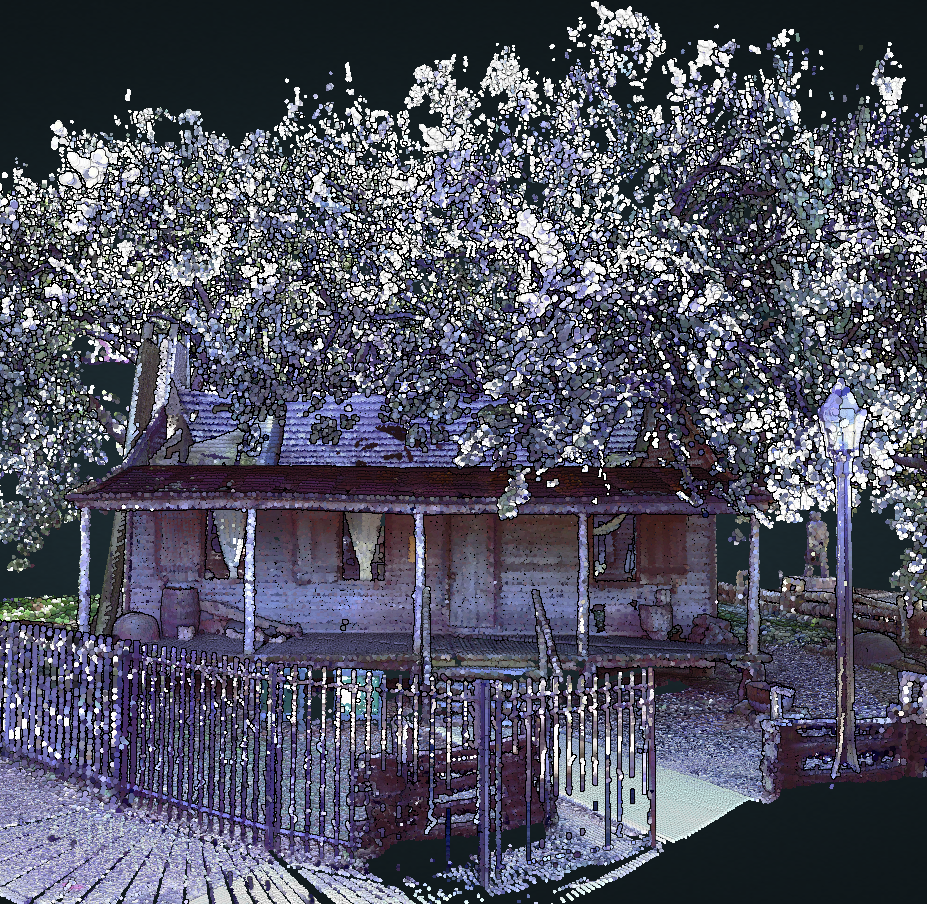 The 1823 Old Place is known to be the oldest building in Harris County, Houston, Texas. It is an example of early Texas frontier architecture. Constructed of roughly hewn cedar logs and mortise and tenon jointure, the original one-room building was encapsulated inside larger additions in later years. It was moved from the bank of Clear Creek to Sam Houston Park in 1973 and restored. The cabin now illustrates the hardships faced by immigrants permitted to settle in colonial Texas in Austin’s Colony.

Reality IMT is a contributor to the AIA-Historic Restoration Committee. Our team scanned Old Place using high definition survey equipment, then processed the pointcloud data to produce this fascinating 3D as-built of the building. With this 3D Pointcloud, the building is preserved for ever in a digital format, making much easier to replicate it or repair it as needed.

on April, 15, 2019. The Notre-Dame de Paris fire broke out causing panic among the building historic preservation community but luckily, one historian by the name of Andrew Tallon had scanned the cathedral in 2010 and little did he know that this scan data could aim in the reconstruction of the cathedral one day. Hopefully, the 1823 Old Place will not require that but if it ever does, we will be ready to provide this data.