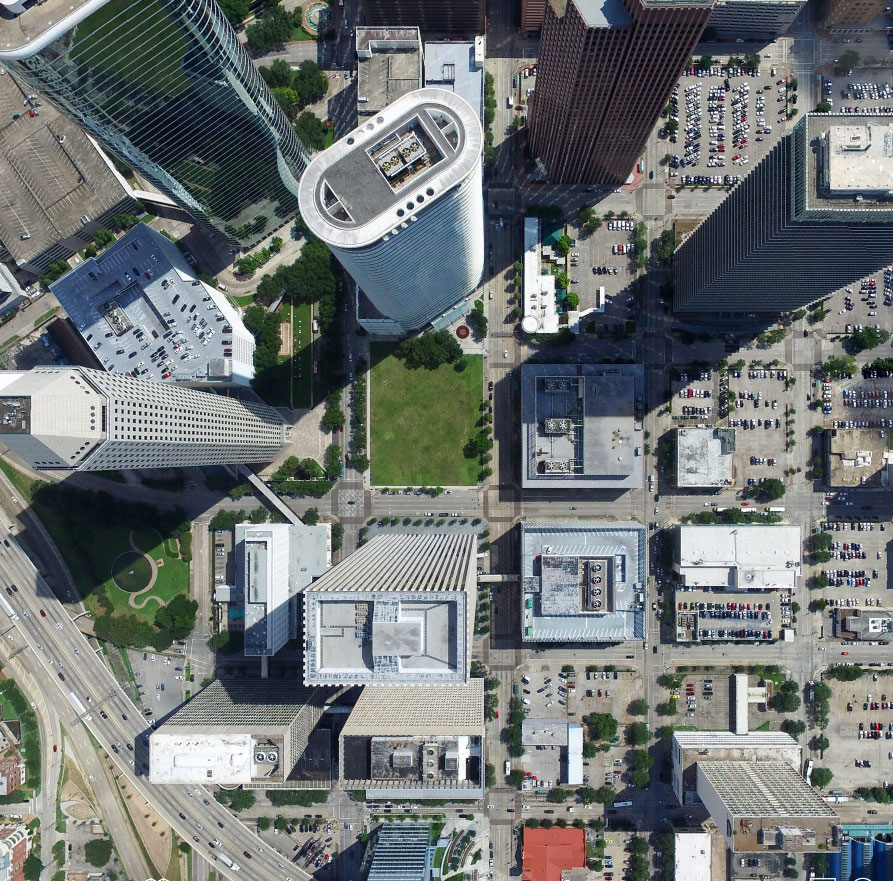 Downtown Houston is a bustling business hub and home to major attractions like the Houston Aquarium, with touch pools and a shark tank. It also has a vibrant theater scene, with the Hobby Center for the Performing Arts presenting musicals and dance shows. Large-scale sporting events and concerts take place at the Toyota Center. Local dining includes upscale grills, casual taquerias and sushi spots.

Some of the largest companies in the world reside in Downtown Houston. The team at Reality IMT flew a drone at 500 feet and captured an aerial panoramic 360 image. To see the civil engineering marvel of Houston, Texas.

For more info on panoramic aerial imagery, reach out to us