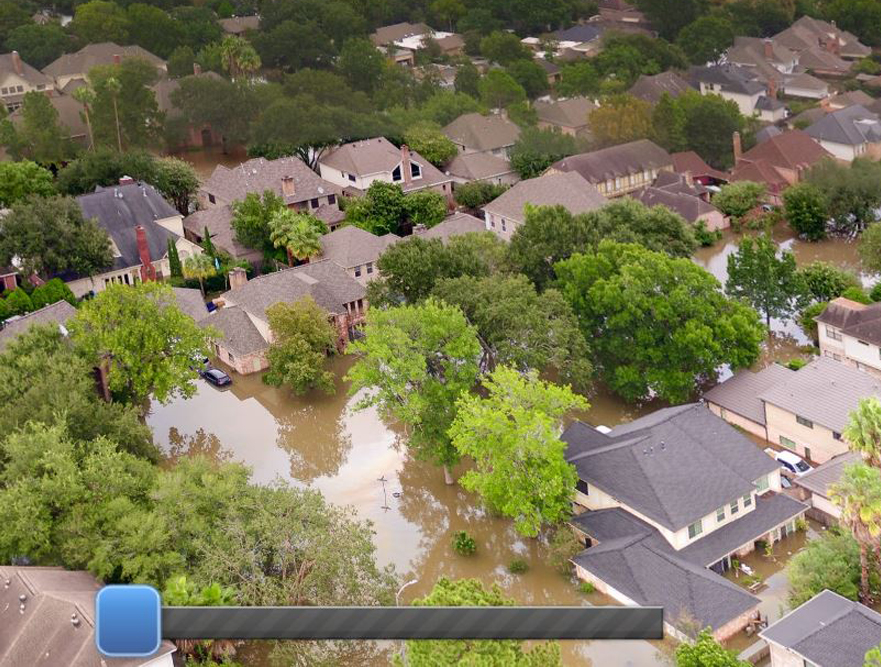 Hurricane Harvey of 2017 is tied with 2005’s Hurricane Katrina as the costliest tropical cyclone on record, inflicting $125 billion in damage, primarily from catastrophic rainfall-triggered flooding in the Houston metropolitan area and Southeast Texas.It was the first major hurricane to make landfall in the United States since Wilma in 2005, ending a record 12-year span in which no hurricanes made landfall at the intensity of a major hurricane throughout the country.

The team at Reality IMT was busy during Harvey documenting Aerial Imagery of the terrible flood. To show a sample of our work, here is an aerial 360 image taken from a drone hovering 300 ft. above Hwy. 6 just north of the Barker Reservoir spillway. Move the slider at the bottom of the image to toggle slowly between the 2 views, taken Thursday, August 24th (on the right, not long before the arrival of Hurricane Harvey) and Tuesday, August 29th (on the left, after storm water filled the reservoir and the flooded the area). You can also rotate and zoom the image with your pointing device or finger. (Reference here)